April will be a milestone month in the hotel sector as rooms break the 8,500 threshold with the opening of AC by Marriott.

As we mark the 20th anniversary of the Good Friday Agreement, the sector notes the significant growth it has undergone over the last two decades. In 1998 there were 4,903 hotel bedrooms. By the end of April 2018 this number will have risen to 8,577. This is a 91% rise in provision and a testament to the commitment of the hotel sector to the Northern Ireland economy. “2017 was a strong year with consolidation in occupancy, growth in room rates and good trading conditions. We had a number of new openings and expansions over the course of 2017 and this expansion is set to ramp up in 2018 with two new properties already opened in the first quarter. We have had a reasonable start to the year with reports suggesting that Easter has held up well. However, there are no official figures at this time.”

Janice adds: “Tourism has continued to flourish with steady growth since 2012. The hotel sector has responded to this opportunity with an investment of over £500m in new product and a further £100m in refurbishment and upgrades. Job numbers will have grown by 25% by the end of 2018. It is important to note that hotel growth brings benefits to the wider hospitality industry. Increased guest numbers will bring more visitors to attractions and increase the number of meals and drinks consumed in local bars and restaurants allowing these businesses to grow and prosper. More visitors and increased room sales are a really good news story for Northern Ireland.”

However, there have been challenges and one of the greatest challenges for the sector has been the issue of staffing and skills. Recruitment of new staff and finding staff with suitable skills to take up supervisory and management roles has been difficult over the last eighteen months.  New openings, competition from other sectors and a reduction in numbers of workers from within the EU have exacerbated an already difficult situation.

Janice explains: “The NIHF is working with a number of partners on addressing this situation but we recognise that as an industry, there are issues with image and we must adapt to the needs of an evolving society.  Employers are working with staff on providing flexible hours. Many roles within the sector offer internationally recognised qualifications that allow people to travel, open their own businesses and have long and well-paid career paths. We just need to actively promote these aspects.”

In the coming months, a further 800 rooms are set to open bringing the number of rooms in Northern Ireland to over 9,000 by the end of 2018.

Tourism NI is holding its first ever Virtual Tourism Conference today at Belfast’s ICC with the theme of Survive, Revive, Thrive and a focus on recovery planning and  equipping and empowering

Time For Government To Step Up For Hospitality Sector

By Emma Bricknell, restaurant owner   The welcome re-opening of hospitality after long, depressing months is something everyone in the sector has been longing for but the government needs to 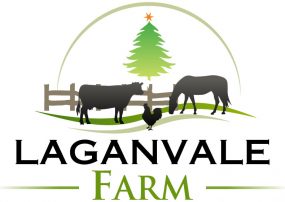